Note:  We’ve been sans Internet for several weeks as we worked our way through the maze of French bureauracy, so are only now catching up with ourselves on the blog plus, we’ve been busy settling in, as you can read all about in our next exciting update. If you like.

We left Neris-Les-Bains in good form, and after another easy hour west we reached the shores of Saint Pardoux, a large, popular swim lake north of Limoges.  It was busy on this sunny Friday afternoon, with lots of frolicking locals enjoying down-time on the pleasant lake-side beach.  We drove through the extensive parking areas, them looking empty of cars in comparison to number of available spaces, and found the dedicated motorhome aire set in a shady corner of the site.  We picked out a spot and quickly packed for the beach, and made our way to join the crowds. 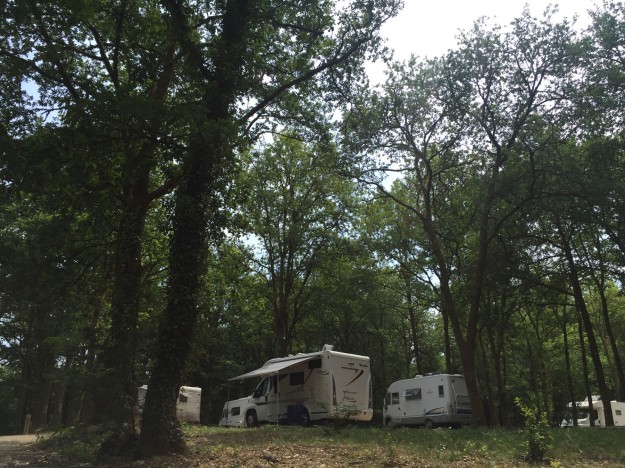 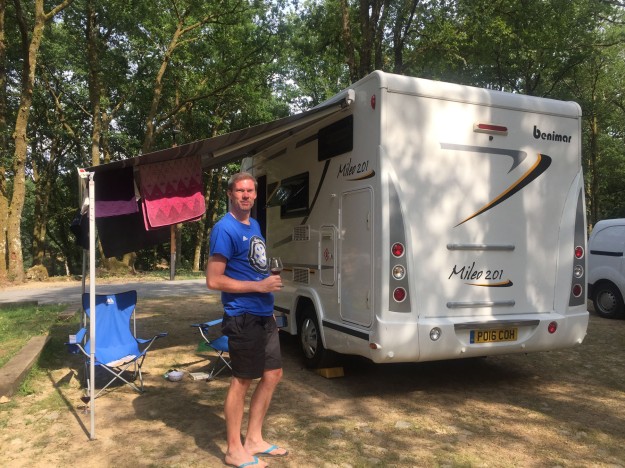 There were picnickers galore, quiet dippers cooling off, noisy children playing boisterously and jumping off a floating platform, and a few proper swimmers grinding out lengths tight along the buoy-marked edge of the demarcated swimming area.  The longest available length we guessed was around 250m, so decent enough for a training swim.  We soon joined them, wearing rash vests as protection against the hot sun rather than the cold, to swim a few lazy lengths. The lake water was 27 degs, the hottest we’d found so far in France.  After four lengths we decided that was sufficient and lazed on the beach, reading and people-watching.  As the afternoon passed the crowds grew, with more and more weekenders joining the fray and filling up the once generous spaces between sites on the hot sand. 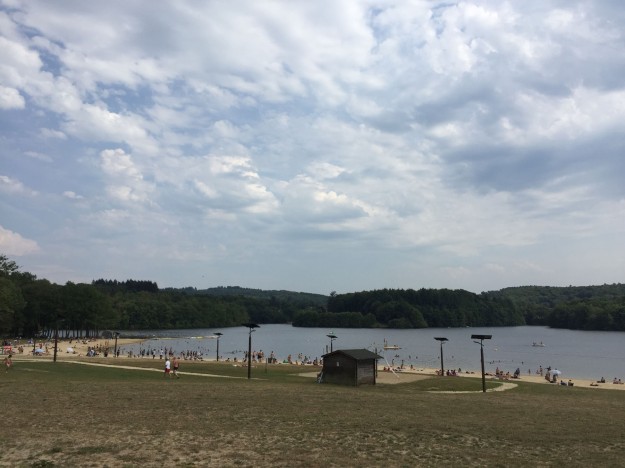 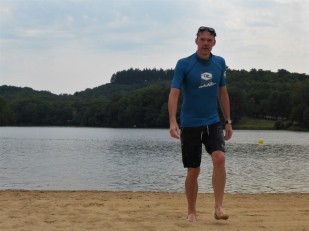 We showered off at the beach and, with the thumping music from the adjacent slide-pool complex ringing in our ears, we returned to Benny for dinner.  Afterwards, we had a quiet walk to another part of the lake and watched a deep red sunset over the now-still water.  We sat under the trees in silence and sipped at wine. Later that evening we moved Benny to help accommodate another British couple who had arrived late. They had parked up in another area of the park and only at 9.30pm had the Gendarmes passed by and told them to move as, despite there being no signs posted, overnighting was not allowed.  With a quick retraction of our awning and a minimal amount of repacking, we rolled back and over on our large pitch, allowing them squeeze in beside us, earning grateful thanks. 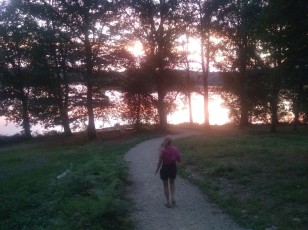 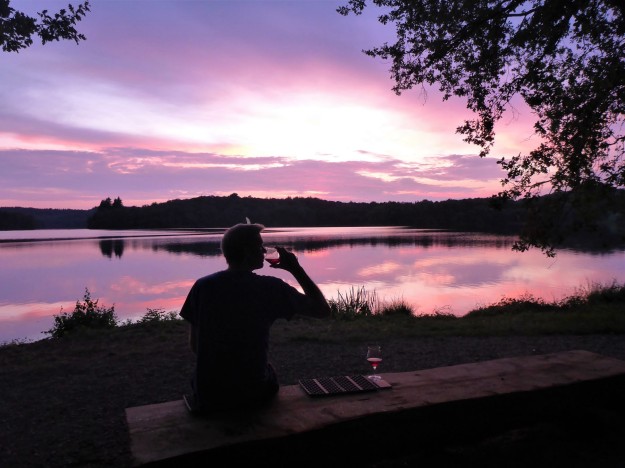 That night there was to be a blood moon eclipse.  We checked in early but the sky was thick with cloud, although in short patches we snatched the occasional glimpse of the dull, reddish moon not yet being eclipsed.  But by 11pm the cloud cover was breaking up, so we returned to the beach area and continued to watch with patience.  The moon kindly appeared in revealing bursts of bright light, framed by the residues of wispy cloud.  Other spectators had decided on a late swim and now lay out on the lake’s floating pontoon, under the stars, taking in the softly glowing spectacle.  Satisfied, we returned to Benny and to welcome sleep.  Short hours later, a morning bread van visited the aire, beeping softly to attract our attention, and we treated ourselves to soft, fresh croissants and pains au chocolat. 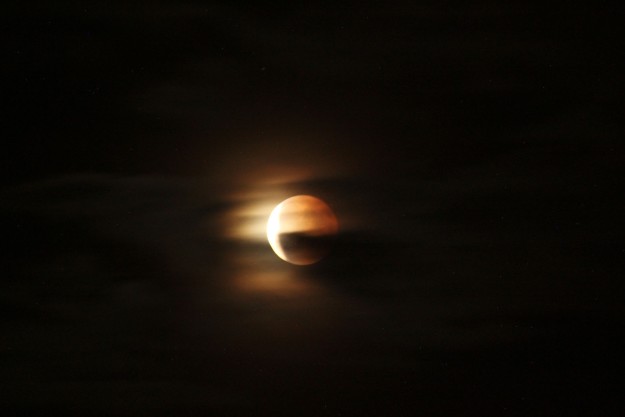 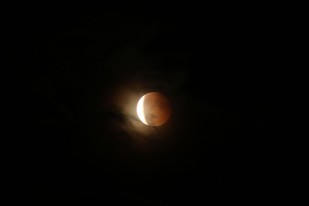 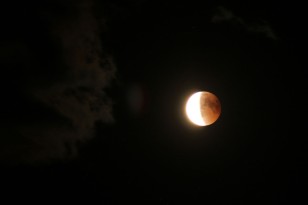 We spent a lazy day in and out of the lake and decided early to pass a second night in this fantastic aire.  As we had each evening, we walked back to the beach, a large glass of red in hand, and watched ITV4’s highlight show of the Tour de France.  This was the nearest spot from where we could utilise the much-appreciated free beach WiFi for streaming – Le Tour with a view.  We watched jealously as large gatherings of friends and families set up huge barbeques in various locations around the park.  We had a more modest meal in Benny.  Later we watched a deep red sunset set over a quiet part of the lake with an encore glass of red, thinking what a wonderful resource this place was, all provided by the local council.  We will be returning again to enjoy its warm, cloudy waters and quiet paths. 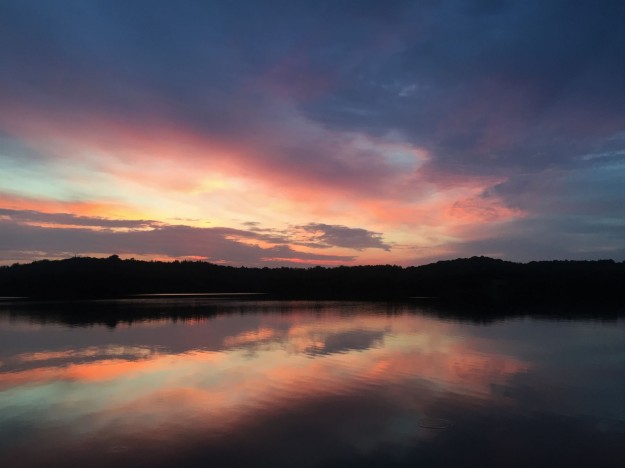 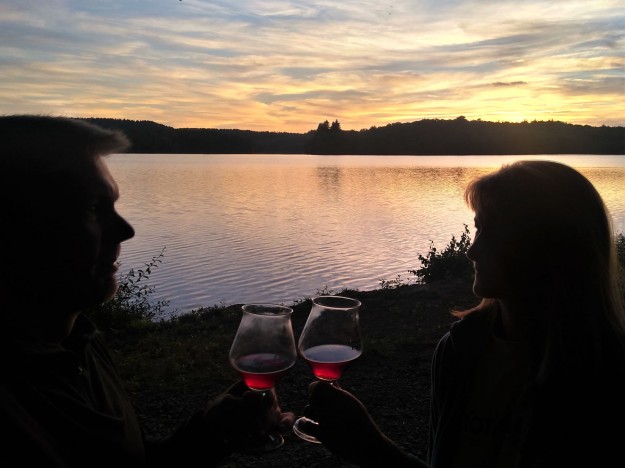 On Sunday afternoon we drove to Séreilhac, an aire we had visited previously, and one only a few easy-driving minutes from our new house.  We had a quiet evening, equally apprehensive and excited.  Tomorrow morning at 9am we had organised to meet the sellers, agent and notaire, to finalise all formalities and formally collect the keys to our new place.  It’s really all very real now – we will now be, baring catastrophe, new home-owners in France.

4 thoughts on “France – Saint Pardoux, and our new French house”