Our days have continued to pass much as they have done for much of this house-sit to date; filled with short bursts of frantic activity framed with large doses of lazy sun-worshipping.  Or, when rains arrived, and they really arrived, catching up on missed TV shows, movies or books, whilst marvelling at the tropical-like deluges ripping up outside our windows.  It’s been a varied and interesting stay to date, a fine mix of activity, exploration, reading and rest. 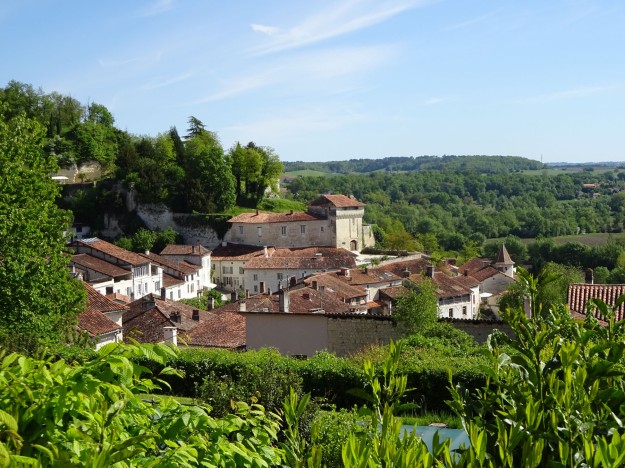 One fine day we decided to cycle to a nearby beaux village of Aubeterre-sur-Dronne – 14km of hilly cross-country with a few off-road stretches on dusty, chalk paths that reminded us of the South Downs Way in England.  Avoiding all main roads, we soon reached a campsite on the outskirts of the town and stopped in to admire their public swim beach on the river; it looked like a nice aire to visit should we be back here in future days.  From there we followed a steep cut-back uphill, passing the entrance to cliff-face caves, to reach the beautiful, shady main square.  We locked up our bikes and walked around the pretty centre, through steep, narrow streets, visiting the dominant stone church before buying a baguette back at the main square for lunch. We sat a while and people-watched in the glorious sun. 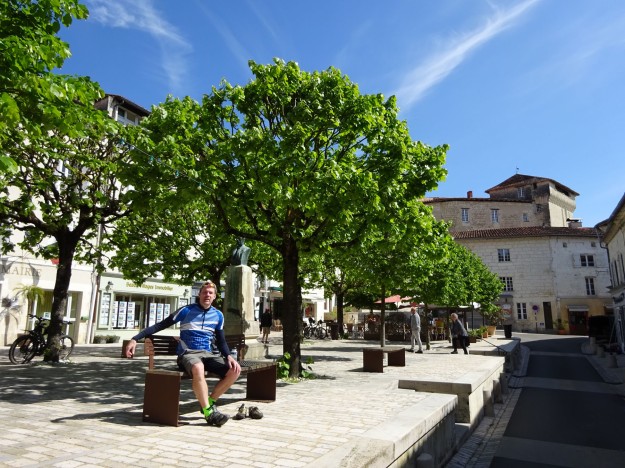 Another day we cycled the 16km to Bertric-Burée, with the intent of attending an advertised Snail Festival.  We crossed the calmly flowing river Dronne at Épeluche, sticking to rural back routes and quiet gravel trails on the way.  It was a beautiful cycle, but it turned out we chose the wrong day; the three day local festival had a different focus each day, and the snail stalls would only appear on the Monday, not the Saturday.  Even then, the festival began after lunch, 2pm, so there was nothing open when we arrived – zut alors! Still, it had been worth a look and the car-free roads offered some fantastic cross-country cycling.  We considered a return in two days, but that weekend turned out to be scorching hot, so instead we spent it vegging in the garden, slowly pottering with the blooming plants. 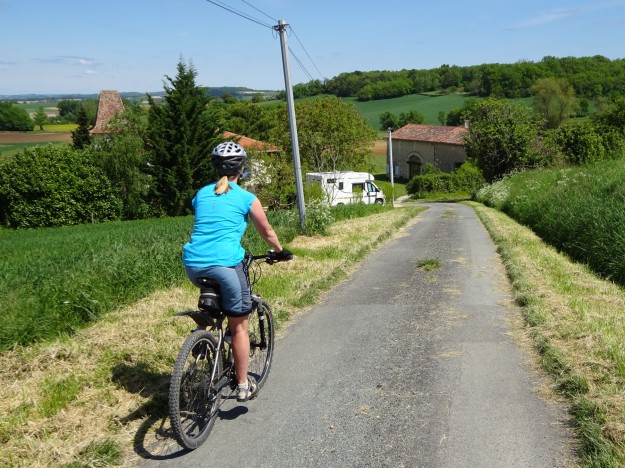 Another day we went for an 11km countryside run in the early morning, but it was still not quite early enough.  The day was not yet 9am but already a blistering 25 degrees, and had not a breath of wind.  We ran along many beautiful tracks and passed through a few sleepy stone villages, but we were both a hot, sweaty mess when we got finally got back home. We had a quick, cold shower then headed straight over into our neighbours’ pool, where the cool water sizzled from the heat of our skin.  It was such a refreshing feeling to cool off properly after some good work in the repressive heat, and made us glad that our recently purchased house comes with a pool.  The following day, in deep contrast, we spent a very rainy afternoon mooching inside, and got our UK tax returns and other paperwork sorted. 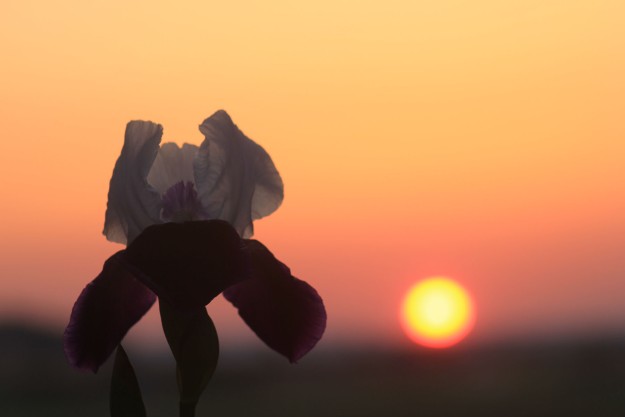 Returning from one walk, we popped in to see neighbours Judith and Pierre, and invite them to apéro later in the week.  We agreed that the coming Saturday was best.  They arrived shortly after the agreed 6pm and we spent a happy hour and a half chatting with them, half in French, half in English.  We drank lots of wine and nibbled at the bruschetta and other savoury snacks we prepared.  We had no experience of what apéro should be like or what their expectations may be, this being our first with actual French neighbours, but we seemed not to have offended too greatly.  We mentioned we had spotted a table tennis table in their garden, and Pierre said that it had sat unused for five years, so we could borrow it.  We jumped at the offer, and he delivered it to us the next morning – excellent! 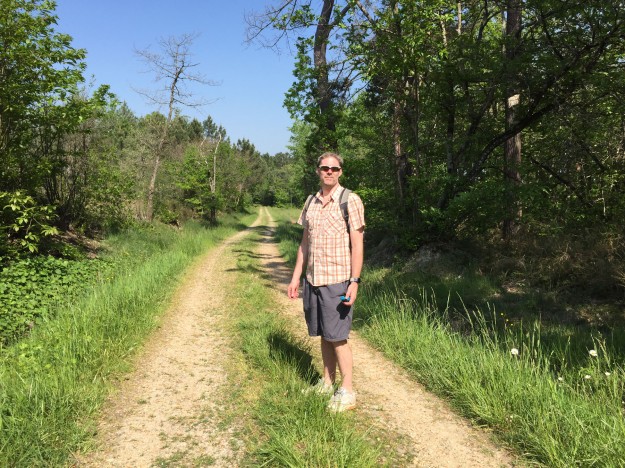 We continued with more swim-run training sessions at the Lake Jemaye, returning several times to enjoy long swims or short bursts combined with various transitions and runs.  We rarely saw others there, other than a few staff members tasked with woodland maintenance or beach clean-up.  Even after bouts of heavy rain, the lake water remained comfortably warm and we revelled in the solitude, in contrast to what we imagine the short, hectic summer months must be like in such well-provisioned place.  On one occasion we arrived on a French Bank holiday and had a taste of what it must be like in summer, the place brimming with motorhomes and cars, with large tables laden with food and wine everywhere, everyone enjoying the sunshine.  We were still the only swimmers though. 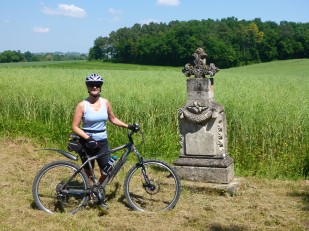 We took long day walks in scorching heat, exploring the nearby hills and woodlands.  We played games of table tennis nearly every day, although in all the time there I took only one game off my annoyingly talented wife.  We continued to dabble in necessary gardening, although the lawn had recently developed a spiky infestation that had suddenly made areas of the garden extremely treacherous to bare feet.  We initially suspected it was a kind of invasive knotweed, but later discovered it was self-seeding bamboo. We enjoyed wonderful, red-bursting sunsets almost every night from the west-facing garden, settling into little rituals that gave a semblance of structure to our easy existence.  We had a forged a slow, humble life, free from encumbrances, filled with exercise, outdoor-living and simple pleasures.